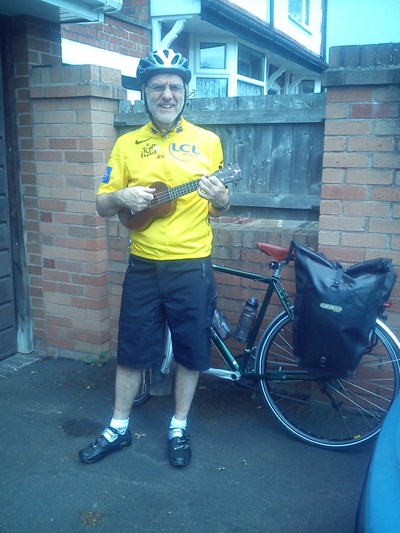 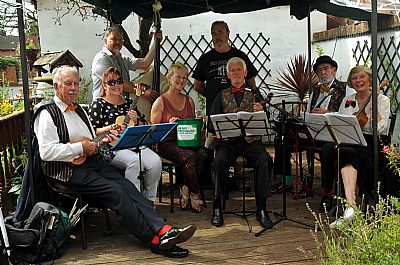 Richard did a sponsored cycle ride for the Anthony Nolan Fund and, with other riders, raised ove £4000! 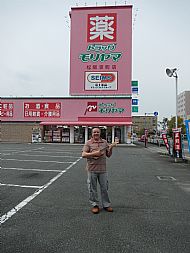 Above is Graham strumming away in Japan.

Here are Rob and Annabelle in Llandridrod Wells, Wales.

John G is with the Bridgnorth group here, playing at the Shrewsbury Festival 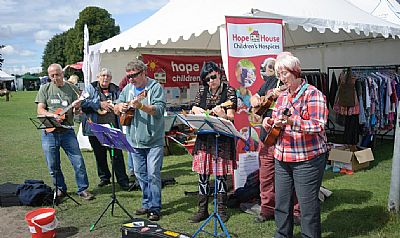 I am tucked in on the far right, having been helping with the Beginners' Ukulele Workshop, Camping and Caravanning Folk Section Easter Meet at Sawston near Cambridge. 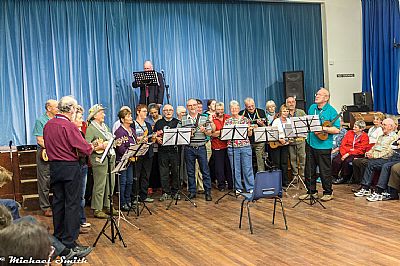 Seasons Greetings from Shelagh and Graham in the South of France. 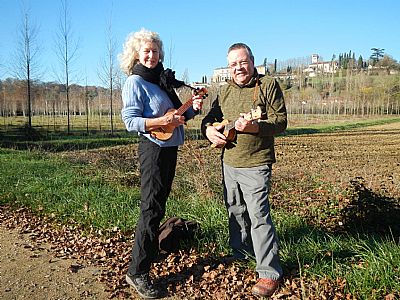 Here is Graham in South Africa for the South African International Ukulele Festival.  Is he the Gold Cup Winner of the Year 2015? 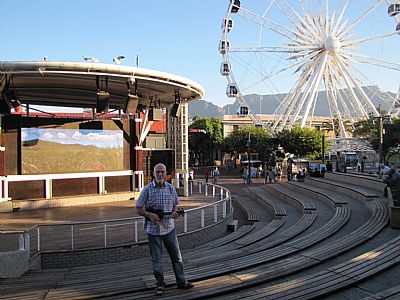 Bob took his uke to Oban.  During the Summer he played on his balcony. When, as a beginner, he had played all his repertoire, he disappeared indoors to appreciative applause.  Maybe this year he will last longer - may even busk!

Pete has taken his uke to Old Benidorm.  We may yet see him in the Mardis Gras heading or hiding in the procession.

John headed off for the States and has sent a photo of the Monteray Ukulele Club. 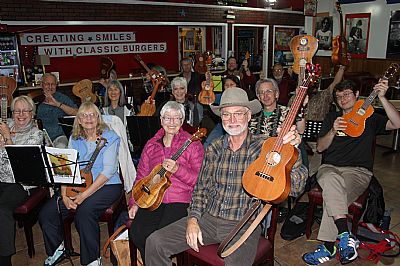 They were kind enough to invite him to play his own "Open Mic" spot and he did "Fly Me to the Moon".

You can see him below covered by a bank of microphones. 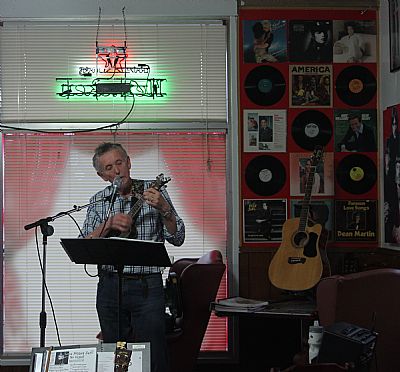 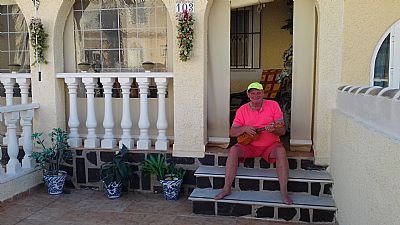 Here is Mick over in Spain.  Always have to have a ukulele to relax with!  And Di in South Africa. 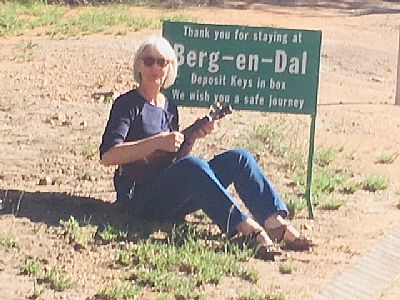 Proof I played my uke in the Kruger Game Park in South Africa recently, amazingly my playing didn’t put the animals off, lots still came out to see us, but then not sure how many were there before I started! 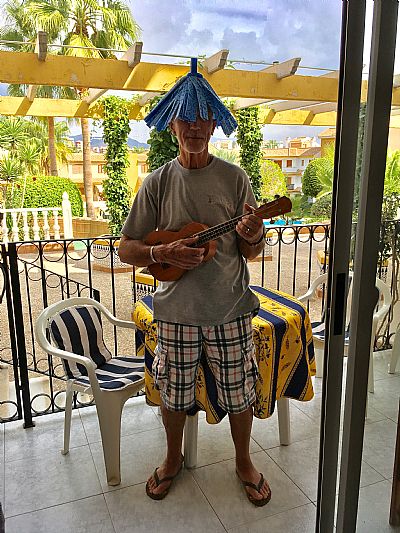 Graham was in Spain when we had our wig night in aid of Ursula who was "Braving the Shave" for Macmillan Nurses.  Not to be left out -  "Best I can do - the new bathroom mop!" GQ