We had a successful year, playing 24 gigs and after paying the drivers' petrol expenses we have around £200 to give to our chosen charity at the AGM in March 2017.  We also helped raise £1300 for the Alzheimer Society and they have been promised a further £10.000 by Wolverhampton Council - was it our playing?  We also helped raise £189 at the Worcestershire Players Wassail which goes to Cancer Research and a further £200 for the Ann Mitchell Fund based in Wolverley when we played for their Carols at the Cafe.

Wednesday February 10th at St Francis Church Hall, Poplar Crescent DY1 3 EZ at 10am.  We played here about a year ago.

Thursday February 11th at Adams House in Kidderminster.  What a wonderful afternoon we had full of fun and laughter when SUSA brought their ukuleles and other instruments. ( The spoons were brilliant) Great entertainment and you put a smile on all our faces.  Many thanks to you all from Val and the tenants at Adam's House.

Monday February29th at Arley Kings Frienship Club, 1.45 to 1.45pm DY13 0NB.  A new one but we were recommended by Astley V Hall where we go twice a year.

Monday April 11th for Stourbridge Blind.  Thank you once again on behalf of the Stourbridge Institute for the Blind for a great evening of entertainment.  Please find enclosed a donation for your chosen charity

Thursday May 5th at Adams House in Kidderminster

Hi Gaynor, We want to say another big thank you for the fantastic entertainment last Thursday. Once again everyone that attended really enjoyed themselves, you all have the gift of lifting people's spirits. I love to watch the smiles you put on the tenants faces. Thank so much we all hope to see you again when possible.Val

Tuesday May 10th for Beacon in Stourbridge.

Monday May 16th at Hopwood, Birmingham

Sunday June 5th for The Big Lunch in Worcester

Monday September 19th at Norton, Stourbridge.  On behalf of the Sunshine Club I would like to convey our grateful thanks for the wonderful entertainment of you and your ukulele club on Monday 19th.

I would like to thank you so much for all your support at the carol concert on Saturday.  It was a tremendous night and we raised £1300 for people living with dementia.  I know from the feedback already received that our audience really enjoyed your group and hope you can be part of our carol concert again next year.

It was so kind of you all to step in and cover our singing for the brain session.  This was appreciated by myself and the audience.  Thank you again and wishing you a very happy Christmas. 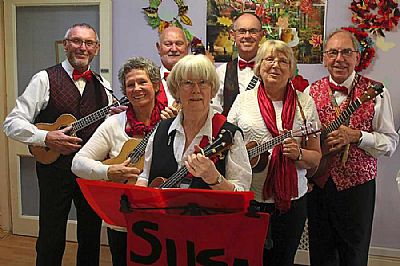 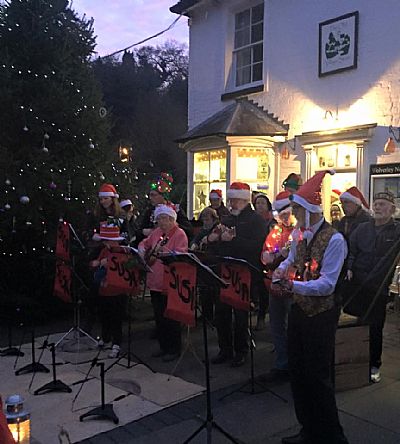 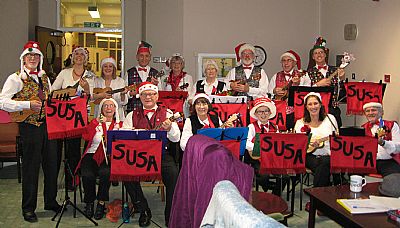 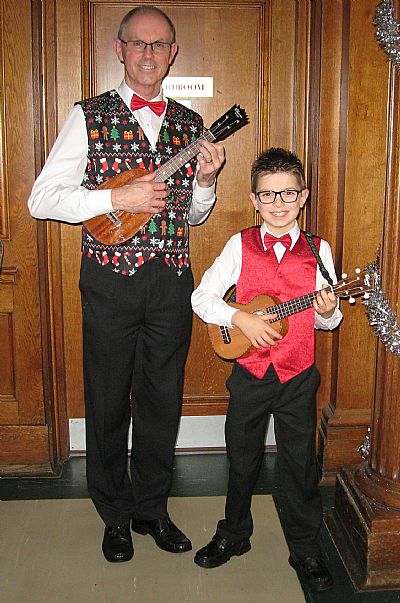