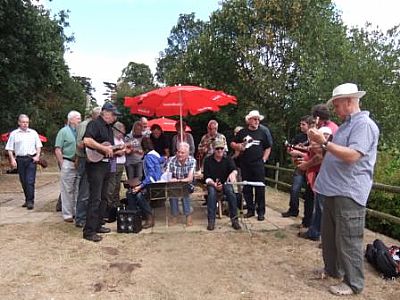 We had representative members from Worcester, Halesowen, Sedgley, Bridgnorth and Swindon in Wiltshire.

Lol, Kath and Terry from SUSA 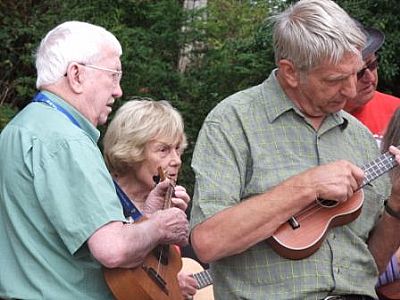 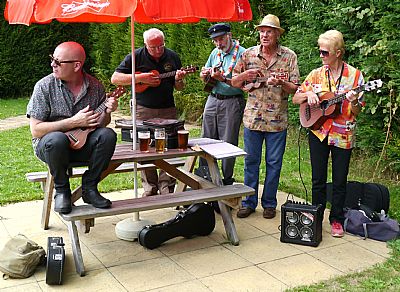 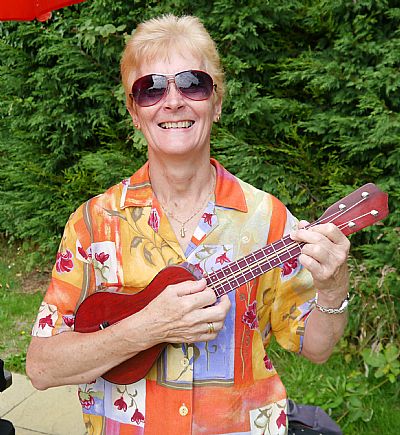 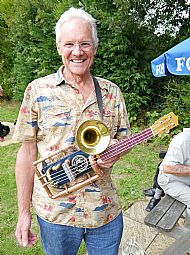 Don and Von from SUSA 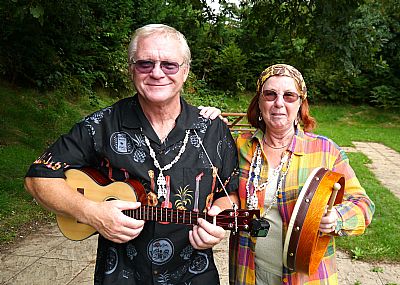 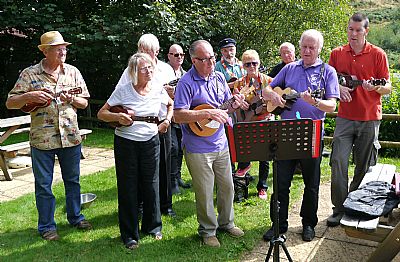 Since 2007, there has been a Ukulele's Birthday lunch-time get together at a local hostelry, celebrating the introduction, in the 1880's, of the ukulele to the Hawaiian Islands by Portuguese immigrants.

John Colter arranges it now and invites go out to all the other ukulele clubs in the area, Bridgnorth, Sedgley, Halesowen, Birmingham and Worcester to join us at lunchtime.

Last year, 2014, the International Ukulele Day was on 21st August at the Bay Horse on the outskirts of Stourport, from noon until 3pm.

This year we are having an evening party on Thursday 20th August and several clubs are coming to join us.  More after Thursday!

We also invite clubs who regularly come to visit and are always pleased to see Richard, Chris and Barry three members of Uke Box Jury from Swindon, with whom we have close links.

In 2013 the lunch was held on Thursday 22nd August at the Bay Horse in Stourport and we were lucky with the weather.

Below are Gay, Don, Terry and Anthea of SUSA.   To the right is John with a portrait of Ray Shakeshaft. 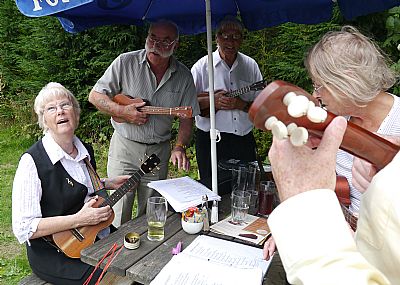 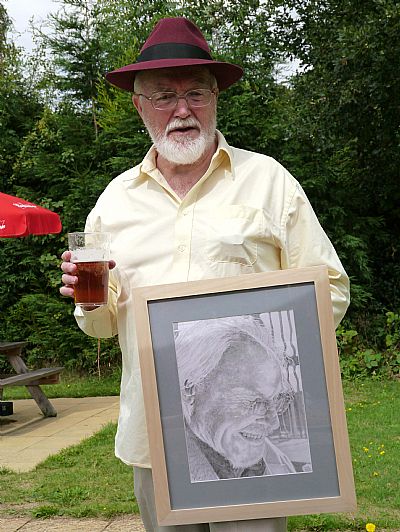